Originally constructed in 1900, Georgplatz is a historic building under monument protection by the City of Leipzig. The building will now be expertly refurbished by the specialist developer BEKA Immobillien, a family run business in Leipzig since 1991, completing over 6,000 sqm of high quality real estate to date.

A Closer Look At Georgplatz

Why invest in Leipzig?

160km south of Berlin, the city of Leipzig is situated at the confluence of two great historical continental trade routes, the east-west Via Regia and the north-south Via Imperii. The city therefore became a flourishing trading centre and economic hub in the 14th century, developing a rich culture and a leading educational role within Germany. Founded in 1409, the University of Leipzig is the second oldest university in Germany and one of the oldest in Europe.

Leipzig quickly became a hub of innovation, giving rise to the world’s first daily newspaper published in 1650. The first high-speed printing press in Germany was later invented here in 1829, along with steam powered production machines which revolutionised the textile industry. At the vanguard of commerce and technological development, the first long distance railway line in Germany stretching from Leipzig to Dresden came into operation in 1838. This laid the foundations for the city’s industrial development, and by 1915 Leipzig Central Station was the largest rail station in Europe.

Each apartment comes with two large bedrooms, a balcony and high specification finishes throughout. Take a look at the floor plans for more details on the available units. 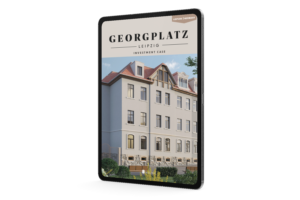