Century Square, named for its close proximity to the historic Old Trafford Cricket Ground, is comprised of 116 apartments set across ten floors in the iconic Trafford area of Manchester. Each modern unit is designed with convenience and contemporary living in mind.

A Closer Look At Century Square

Why invest in Manchester?

Greater Manchester is a metropolitan county in North West England and is home to 2,852,650 people. It includes eight metropolitan boroughs: Bolton, Bury, Oldham, Rochdale, Stockport, Tameside, Trafford, Wigan, and the cities of Salford and Manchester. It is one of the country’s largest metropolitan regions, and the second-most populous area in England, outside of London

Download Manchester property market summary to learn about the investment case in 2022. 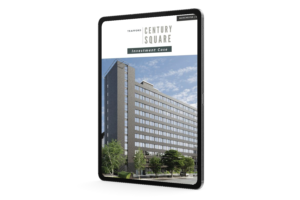