Malone Wharf is a beautiful selection of eight recently completed modular townhouses. Situated on the pristine Leeds & Liverpool Canal, the development benefits from picturesque surroundings while maintaining a short commuter distance of 30 minutes by rail from both Manchester and Liverpool.

Each 1000 sqft townhouse includes a private garden, rooftop terrace and parking space. The units are spacious, modern and pay tribute to the location’s historical significance with its urban-industrial design that is fit for the future. With sustainability and communal living in mind, the development incorporates the latest energy-saving technology to lower household power consumption and expenditure whilst reducing the overall environmental impact.

A Closer Look At Malone Wharf

Why invest in Wigan?

The lively town of Wigan lies along the River Douglas and the historic Leeds and Liverpool Canal, approximately 20 miles northwest of Manchester. The town was established in 1246 and, as with most areas in the north of England, benefited from the traditional industries of coal mining and cotton manufacturing during the industrial revolution.

The mechanisation of the textile sector in the late 18th century increased the number of factories in Wigan, leading to considerable economic and population growth. Wigan’s status as a centre for coal production, engineering and textiles in the 19th century led to the town becoming one of the first in Britain to be served by a railway, intrinsically linking to the economies of Manchester and Liverpool.

the lowest unemployment rate in Greater Manchester at 3.5%

Once home to a Rope Makers Workshop, Nobel Mill is a boutique development comprised of 18 uniquely designed apartments. 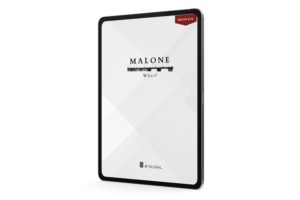