The residence’s name pays homage to Sebastião José de Carvalho e Melo, the first Marquês de Pombal. The most prominent government minister of his time, Pombal played a vital role in Lisbon’s reconstruction following the earthquake of 1755 and oversaw the city’s progressive reconstruction. His legacy lives on through the Pombaline architectural style, adopted across Lisbon following the earthquake, and through the use of azulejos, the blue and white tiles the city is now known for.

Horizontal Title (similar to Freehold in the UK)

A Closer Look At The Carvalho

Characterised by pastel painted houses and its plethora of restaurants and bars, Santa Catarina is where the spirit of old Lisbon merges with the city’s new cosmopolitan energy.

Welcoming tech start-ups and new European fashion boutiques to its cobblestone streets, this central neighbourhood has emerged as a premier regeneration district enjoyed by residents and tourists alike. Now considered one of the city’s most fashionable areas, investment continues to transform Santa Catarina and distinguish it as one of Lisbon’s top locations for property investment.

Why Invest In Lisbon

Leading international companies including Google, Amazon, Mercedes-Benz and Volkswagen have established offices in the city since 2017

LEARN MORE ABOUT THE LISBON MARKET

Our straightforward guide outlines how the programme works and if it could be an ideal incentive for you.

But how exactly does the programme work and what makes it so popular among would-be investors? Check out our guide to get the low-down.

Portugal’s Golden Visa programme has become hugely popular among non-EU citizens looking to invest in Portuguese property. Since the Portuguese government launched the scheme in 2012, it has generated an impressive EUR5.2 billion as of June 2020 in foreign investment and is a strong incentive for property investors worldwide. But how exactly does the programme […]
Read Article

One of Europe’s most popular visa schemes, Portugal launched its Golden Visa in 2012 as a residency-by-investment programme.

Learn More About The Carvalho Today 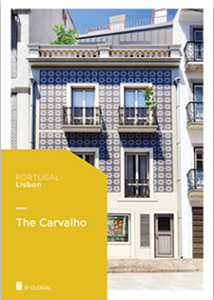