The residence is situated a stone's throw from historic Kelham Island, once the beating heart of manufacturing. The remains of old factories and workshops have given the area a distinct charm, now housing trendy galleries and microbreweries. Offering 50 units exclusive to IP Global, Kelham Ridge will undoubtedly prove popular for the ever increasing young, professional and student community.

A Closer Look At Kelham Ridge

Why Invest In Sheffield?

Ever since the new Labour government’s economic initiatives began to yield results in the early 2000’s, Sheffield’s population began expanding. From its 513,300 residents in 2001, the number of residents living in the city had grown to 586,730 as of 2020. The population is expected to continue on this upward trend, totalling 623,040 by 2035, a 21% increase since 2001. This high level of population growth has, and will continue to, put immense pressure on the city’s housing stock.

Sheffield is currently in its third phase of regeneration, with the first phase focusing on industrial enterprise and the second on aiding large-scale public reinvestments. The economy has grown by 94.98% since 2000, totalling over GBP14.6 billion as of 2020. After a slight decline due to COVID-19, the economy is expected to expand by a further 81.85% and reach GBP26.59 billion by 2035. As Sheffield’s economy continued to grow, new jobs were created, resulting in the unemployment rate falling from 7.76% in 2000 to 4.32% as of 2019. The unemployment rate is expected to rise to a peak of 5.96% in 2021 due to COVID-19 before returning to its pre-crisis full-employment level. The city continues to attract many eager young professionals looking for quality accommodation to rent as they work and study in Sheffield.

Construction activity in Sheffield has been unsuccessful in meeting the levels of demand resulting from the high levels of population growth since the early 2000’s. Between 2012 and 2020 alone, a mere 11,439 units were added to the housing stock, which totalled 251,887 units as of 2020. Therefore, with only 4.5% of Sheffield’s housing units completed in the last 8 years, there is a significant undersupply of new-build investment grade properties in the city. Sheffield’s city council expects 2,248 units per annum to be completed between 2020 and 2035, below the annual new-build requirement of 2,923 units. As a result, an undersupply of at least 11,328 housing units is expected by 2035 meaning an undersupply of 26% of the housing requirement.

What's All The Fuss About Living In Sheffield?

During the pandemic, 2,127,740 searches were made on Rightmove for Sheffield, pushing it up to 7th place in the top 10 most searched for regions on the online platform. This change comes in tandem with the increase in Londoners searching for locations outside of the capital, which grew from 39% to 52%.

With the National Park on its doorstep and far more affordable rental prospects, it is no surprise that the UK public are interested in making the move, especially considering the commute to London will see another 20 minutes shaved off from May 16th due to rail improvements.

2020 saw a monumental shift in lifestyles across the world, with nationwide lockdowns and remote work becoming the standard course of action in the wake of COVID-19.  A year since the start, it is no surprise that home-buyers and renters alike are looking for different priorities in a home. Developments with better in-house amenities, such as remote working facilities and gyms, are growing in demand, while the move towards more space and locations further from city centres is also seeing momentum. One such […]
Read Article 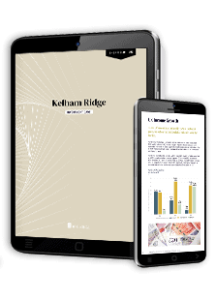