Our first Porto development is ideally situated to benefit from the city’s perfect storm of affordable property prices, a strong economy and an increasing population, pitted against a major housing shortage.

Property in Europe’s most creative city remains undervalued and for investors who seek to enter a market that offers strong and steady capital growth and rental yields, Alvaro is an ideal investment.

A Closer Look At Alvaro

Why Invest In Porto?

Home of one of the largest UNESCO world heritage sites and a globally recognised wine industry, Portugal’s thriving second city encompasses a unique and exciting mix of charming architecture, traditional culture and a young techsavvy population.

Porto has increased its profile in recent years, seeing a 300% increase in jobs created by foreign investors between 2013- 2016. In late 2018 Amazon announced it is negotiating to buy property in the city to open a new European base in Porto.

29.4% of national GDP produced in the region

40% of Portuguese exports produced in the region

A flourishing technology industry has developed within Porto, as it welcomes a growing pool of talented workers and students. The city was titled Europe's 'Best Start-Up Friendly City' in 2018, with Porto filing more patents with the EU than any other Portuguese city.

The city is a leader in the creation of technological start-ups, accounting for 36% of the national total, and is also home to some of the country's leading high-tech companies.

LEARN MORE ABOUT THE PORTUGUESE MARKET

Long considered Lisbon’s quieter sibling, Portugal’s second city is undergoing an incredible moment of transformation. On the steep banks of the Douro River, Porto is establishing itself through its rich culture, thriving culinary scene, and growing student population, as well as being one of Europe’s leading start-up centres. Portugal’s property markets are currently some of […]
Read Article

One of Europe’s most popular visa schemes, Portugal launched its Golden Visa in 2012 as a residency-by-investment programme. 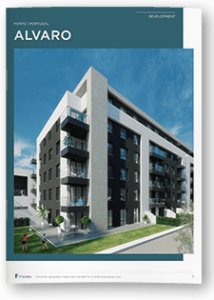