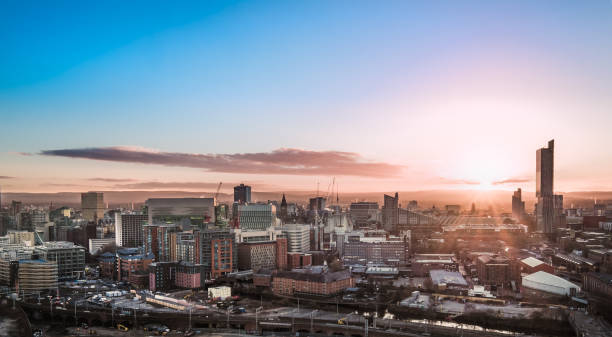 The economic history of a city has a significant impact on its future prosperity and development.

Today’s geographical distinctions across the UK can be traced back not just decades, but centuries.

Having made a substantial contribution to the industrial revolution, the North has long been referred to as the powerhouse of the UK. Cities such as Manchester, Birmingham, and Sheffield enjoyed an unprecedented boom throughout the 19th century due to vast amounts of raw materials such as coal and iron ore that could be found in these areas. This subsequently led to comparatively high wealth in the North, with Greater Manchester reportedly having the highest concentration of millionaires in the country at the time.

The Rise of the Northern Powerhouse Throughout history, we’ve seen that property values provide an indication of the variation of affluence and economic performance across cities. At the height of the industrial revolution, property values and investment were relatively high in the Northern parts of the UK, making it a powerhouse of economic activity. The influx of people and businesses to cities in the North of the UK, such as Blackpool, Liverpool, and Manchester, propelled demand for housing which, in turn, rapidly increased property prices, with Manchester showing values that were more than double those of neighbouring cities and towns such as Warrington.

The second half of the 20th century was a difficult period for the North due to corporate restructuring and nationalisation within the coal and steel sectors. Coupled with deindustrialisation during the 1970s, these factors attributed to a gradual increase in unemployment and a downtrend in economic performance for many towns and cities situated in the North. As a result, property prices began to fall in the Northern cities, leaving it a far cry from its golden days as an economic powerhouse and investment hub in the 19th century. However, a sustained period of economic revival has rejuvenated the core cities in the Northern parts of the UK, such as Manchester, Sheffield, Leeds and Birmingham. As a result, an influx of people have begun to buy property again, leading to a substantial increase in property prices. Having turned a new chapter of economic investment and prosperity, the status of the Northern Powerhouse status is back from more than 200 years ago. 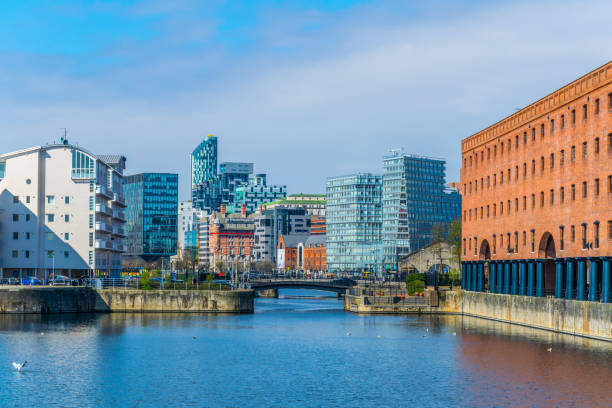 In 1997, the newly elected Labour Party introduced a fresh approach to reinvigorate areas, particularly those in the North, following the economic downturn of the 1970s. The decentralisation of government power to the lowest level possible and promotion of public-private partnerships laid the foundation for improvements in labour supply and investment in human development. It also gave new strength to the preservation of social capital and protection of the environment. New strategies focusing on education, urban renewal, economic development, social integration, and environmental reclamation were considered key to renewed growth of private enterprise, further investment in Northern UK cities and encouragement to buy properties. In order to do this and stimulate the Northern economy, over the past two decades, the government has implemented a series of programmes and strategies such as the Local Enterprise Partnerships (LEP), Housing Market Pathfinders, UK City Deals and, more recently, the Northern Powerhouse initiative, to invest in and develop the region.

The devolution of responsibility for enhancing economic competitiveness and social inclusion to the local level was pivotal to the North’s success. It has given local authorities greater flexibility to focus on local capital projects, such as transport improvements and urban regeneration. Early adopted strategies and government spending primarily focused on larger cities such as Manchester, Leeds, Liverpool, Sheffield, and Birmingham. This has provided prime ‘Northshoring’ locations for companies and people to relocate due to outstanding talent, affordability, and connectivity that these cities have to offer. As a result, property prices have increased substantially in cities such as Manchester (+383%), Birmingham (+243%) and Sheffield (+269%) since 2000, compared to the national average of 185%. Rental prices have also been trending upwards due to an undersupplied housing market and rising incomes. Nonetheless, the affordability ratio in cities like Manchester, Birmingham and Sheffield are all hovering between 5.6 and 5.9, while London is more than double that at 12.7. In more recent years, initiatives such as the GBP7 billion Northern Powerhouse have focused on better connecting cities and regions to the North of England. The lack of economic and physical connections between core cities in the North with other towns and cities such as Bradford, Stockport, Wigan and Hull have been seen as a core issue in holding back growth and unlocking the true potential of the North. Urban renewal projects have been implemented, and the transition from an economy heavily reliant on manufacturing to one centred around service has resulted in strong economic growth in parts of Northern England.

Hull – The New Epicentre of Investment? 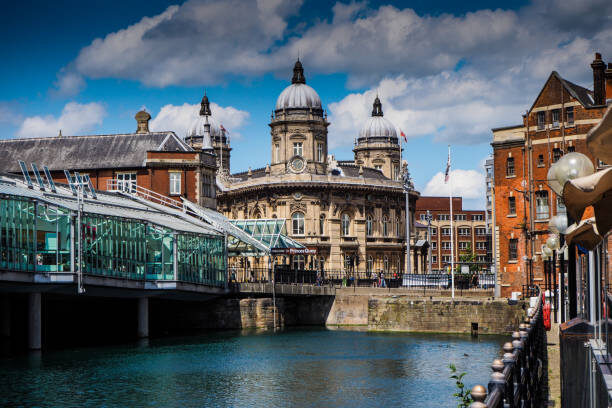 View of the business center of Liverpool through Queens dock, EnglandThe city of Hull, once a thriving medieval metropolis and England’s third-largest port in the 20th century, declined, as with most cities in the North, due to the economic challenges in the 1970s. After a prolonged period of economic decline, it wasn’t until 2013, when Hull was included in the second wave of the UK’s largescale investment plane ‘City Deals' and later in 2016, the ‘Northern Powerhouse’ initiative, the city’s prospects began to turn. Until this time, many government initiatives had focused on England’s 8 largest cities (outside of London), such as Manchester and Birmingham.

Hull was named the UK’s City of Culture in 2017 and was declared the third-most improved UK city in 2018. The city has also seen significant economic development under the ‘Northern Powerhouse’ initiative, with thousands of jobs being created and unprecedented levels of investment totalling GBP3 billion to date. It’s quite evident that Hull is evolving from a city heavily reliant on trading and seafaring to one that is being built for the future. The city’s prime economic and geographic location on the Humber Energy Estuary has placed it at the centre of new and emerging industries in the UK - particularly in renewable energy. Health Technologies, Pharmaceuticals & Healthcare, Knowledge, Digital & Creative, Manufacturing, and F&B are among the other prominent sectors that make up the backbone of Hull’s economic resurgence.

Despite being one of the UK’s most affordable locations to buy property, Hull’s growth in property demand is underpinned by the city’s burgeoning economy. Improved transport links and various regeneration projects within the city are creating an influx of investments that is attracting businesses, and creating further employment opportunities in the city, particularly in the fields demanding high skills, such as renewable energy, advanced manufacturing, healthcare and digital. The city has been unable to meet the growing property demand and, as a result, an undersupply of 26,896 units could persist by 2032. The undersupplied housing market and rising incomes have put significant upward pressure on house prices and rents in the city. However, house prices still offer tremendous value for money, currently an incredible 46% more affordable than the average UK city.

Once again, we are seeing how property values are providing an indication of the affluence and economic performance of a city. Hull’s house prices have increased by 34% since 2010 and are expected to rise by a further 41% by 2035. Similarly, rental prices in Hull have increased by 26% since 2015. Despite the significant rise in housing and rental prices, Hull still remains an attractive prospect when it comes to buying property in the UK as investment continues to flourish under the ‘Northern Powerhouse’ initiative. The city also boasts many fast-growing industries that will continue to play a larger role on a global economic scale.