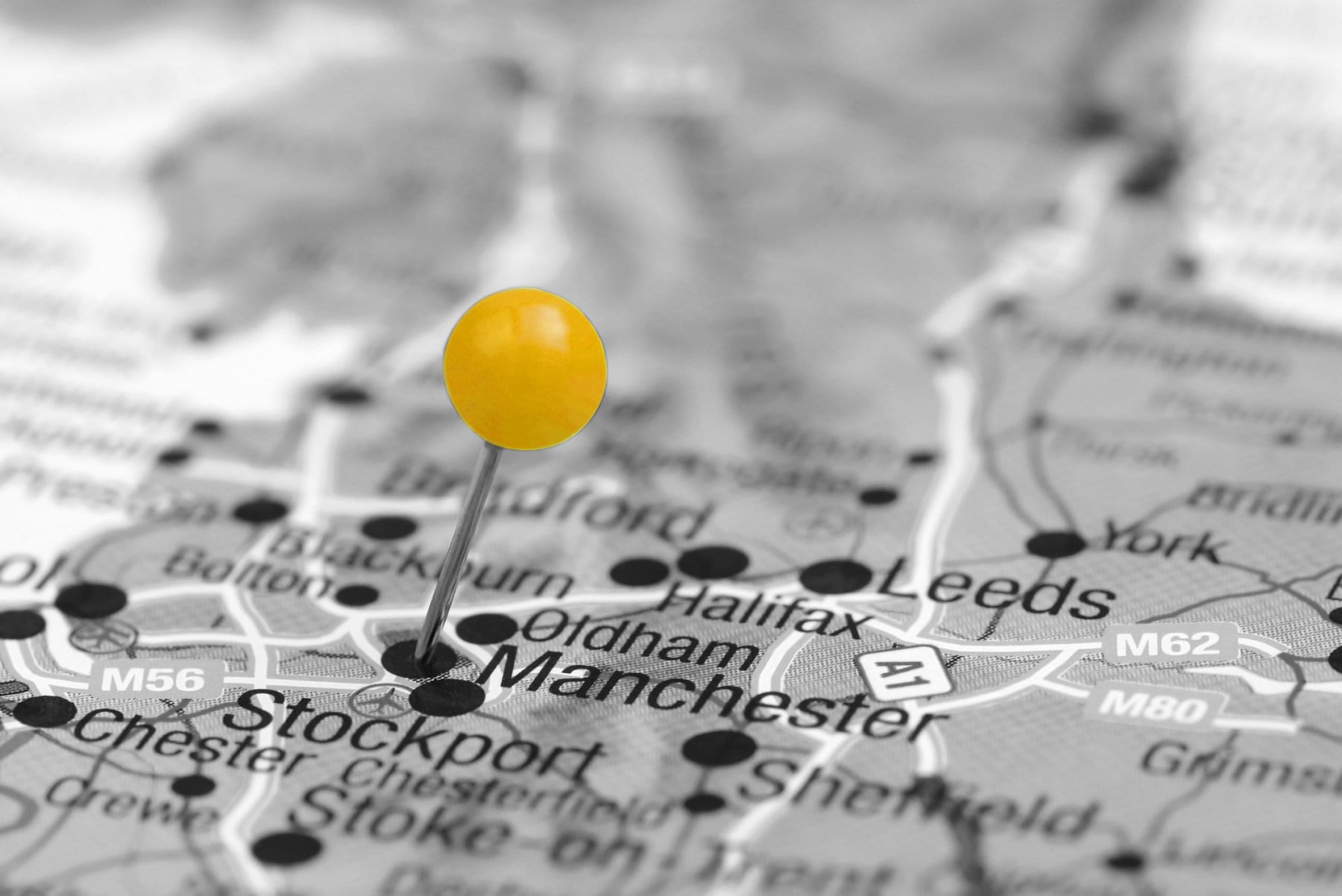 How do you know which markets are worth investing in?

We hear this question often and wish there was a simple response. Unfortunately, that’s not the case. When our team of investment experts reviews global markets, there are all sorts of factors that contribute to their evaluation; population growth, infrastructure, and current levels of housing demand are just a few of the key points they research. One must also bear in mind that markets need to be reassessed each year, as they are constantly changing.

It is this careful process which makes it all the more thrilling when we encounter a new market that holds great potential for our clients. This year we’re very excited to expand our Greater Manchester offerings, a region that continues to go from strength to strength.

In recent years we’ve seen impressive development across Greater Manchester, demonstrated most simply by the 1.7% GVA growth per annum forecast for 2017-2035. Increasing levels of investment, thriving economic growth, and a vibrant cultural scene make this region one which property investors cannot ignore. Forecasts for the region’s property market are strong, with population growth and regeneration initiatives driving prices upward – alongside a demand which is relentlessly increasing.

It is these facts that make the county, including the cities of Manchester and Salford - as well as smaller, developing towns such as Stockport and Altrincham - a key region within our 2019 UK investment strategy.

A promising investment case on all fronts 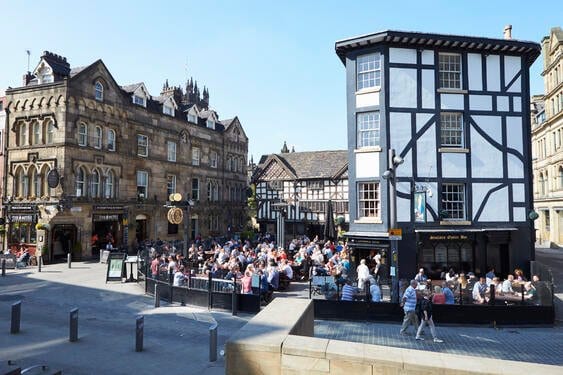 Over 100,000 students attend Greater Manchester’s four universities each year, making the region home to one of Europe’s largest student populations. The area also has one of the UK’s highest retention rates for students, outside of London, contributing greatly to the workforce within the Northern Powerhouse area, which is on track to hit 1.4% employment growth per annum between 2019-2023.

The growing number of young residents, combined with the quality of the area’s higher education institutes, led to Manchester becoming the first UK city to be shortlisted for the award of European Youth Capital, in 2018. This vast University talent pool has also proven to be a major pull factor for international companies looking to expand in the UK.

Ranked 6th globally for FDI (foreign direct investment), in the last year alone numerous new businesses have been attracted to the Manchester city region - including Amazon, GCHQ, and Jaguar Land Rover. Amazon has selected Manchester as the location for its first major UK hub outside of London, taking over 90,000 square feet of office space and creating 600 jobs. 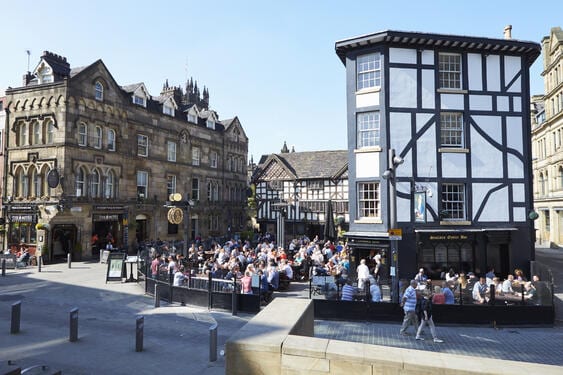 Booking Holdings, the technology company behind the hotel website Booking.com, has also recently focused in on Manchester, investing GBP 100 million and acquiring 220,000 square feet of offices. Commenting on the move, Ian Brown, CEO of Booking.com’s transport division, said, ‘We are committed to the city of Manchester and to its future as one of Europe’s largest and most important tech hubs.’ 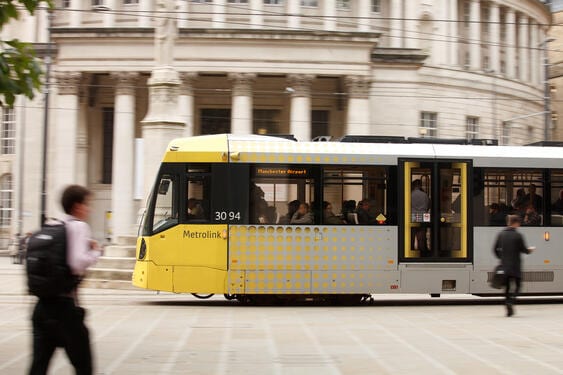 Greater Manchester has recently been ranked 7th globally for connectivity in the Financial Times’ FDI Global Cities of the Future 2018/19 report. Graded on both local and international travel connectivity, as well as the overall quality of infrastructure, the area’s recent developments make the ranking well-deserved.

Manchester Airport, the UK’s largest regional airport, handles over 22 million passengers a year and offers direct flights to international destinations including New York, Paris and Qatar. The region recently secured a direct air route to India and 2018 marked the second anniversary of a direct Beijing air route, which has already increased export sales from Manchester to China by 41%, up to GBP 1.29 billion.

Given the rapid rate of population growth, the government has prioritized improving the county’s transportation infrastructure. Currently, more than 5.6 million journeys are made across Greater Manchester’s transport network each day and this number is only expected to increase. An impressive 2040 Transport Strategy was established in 2015 to help manage the region’s growth. Improvements to the Manchester Metrolink, the largest transport network in the UK, as well as bus routes and road repairs, have been outlined.

Greater Manchester sits at the core of the GBP 7 billion Northern Powerhouse initiative, announced in December 2014. Aimed at drawing attention to the north of England and boosting local economies, this project is focused on business, cultural, and infrastructure developments. The plan has specifically allocated GBP 98 million in funding for cultural and leisure aspects in Manchester and GBP 3 million for housing within the city.

Following the announcement of the Northern Powerhouse initiative, impressive growth has been seen within Manchester. The city’s NOMA area is undergoing a complete renovation, using GBP 800 million in funding to create 2.5 million square feet of office space, 1,158 new homes and 400,000 square feet of shopping and leisure facilities. The city will also unveil the Manchester Metropolitan University School of Digital Arts (SODA) in 2021. The university has received a GBP 35 million investment to realise the innovative school, set to accommodate 1,500 students each year. 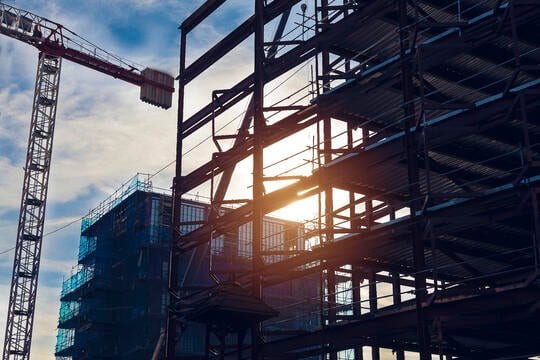 As Greater Manchester continues to grow and welcome new residents, the area’s housing market has struggled to keep pace with demand. This has led to an undersupplied market and rising sales and rental prices.

The GMCA 2018 Greater Manchester Spatial Framework outlines that the county requires a minimum of 201,000 net additional homes be developed from 2018-2037, to match the area’s demand. This twenty-year target requires an average of 11,360 new homes per year. GMCA, however, has reported that since 2008, only approximately 3,000 new homes have been built every year in Greater Manchester, resulting in a shortfall of more than 8,000 units.

In reaction to this undersupply, we’ve seen prices across the county rise significantly. Between January 2012 - October 2018 the cost of flats in the county increased from an average price of GBP 99,299 to GBP 144,293.

Within this booming Northern Powerhouse region there are two towns in particular that IP Global sees significant growth potential in.

Altrincham is a modern market town with a thriving business community. Attracting some of the highest property prices outside of London, the town is an established area for residential investment. Significant public and private funding have enhanced the area in recent years, with a new general hospital, large retail outlets, and a multi-screen cinema being realized. 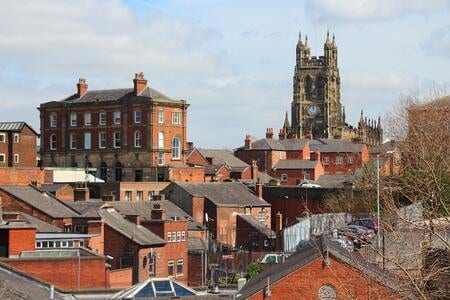 Stockport, a town located in the south of Greater Manchester, is one of the region’s most prosperous boroughs. It has a GBP 6.4 billion economy, over 11,660 operating businesses and a growing population of 289,000. Positioned only 11 km south of Manchester’s city centre, the town’s investment appeal is continually increasing. Stockport offers a high quality of life and excellent connectivity both with the rest of Greater Manchester and other regions and significant inflows of government funding are only adding to its established status and reshaping the town.

Located adjacent to Manchester’s city centre and home to a population of 251,300, Salford is a major city in the North West. Connected by exceptional road and rail networks, Salford’s population and investment appeal continue to grow. Since 2001 the city has seen a 15% increase in population and in 2018 alone there was a 6.4% increase in employment, drawing students and young professionals who require the convenience of a central, vibrant location at a lower price point than Manchester city centre. 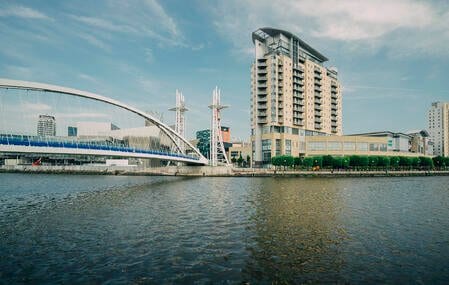