A great place to live and work: Birmingham’s buy-to-let potential 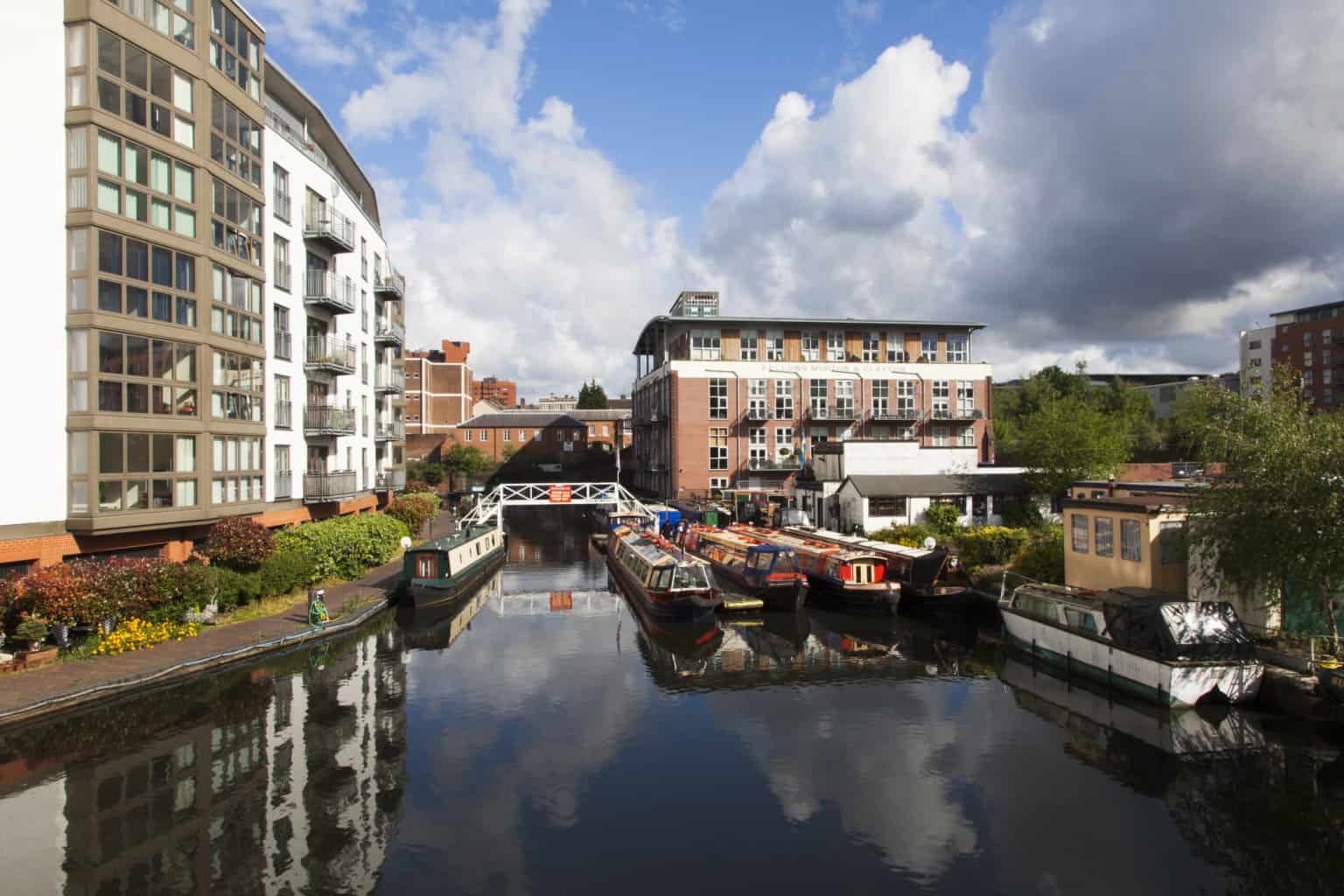 Birmingham’s establishment dates to the 12th century within the historic county of the West Midlands. The city has come a long way, playing an integral part in the British industrial revolution which laid the foundations for its title as the UK’s Second City.

Today, the city’s young and well-educated talent pool combined with Birmingham’s broad economic base provides a solid foundation for the future growth of the city. In fact, Forbes ranked Birmingham 2nd in the UK for new business start-ups in 2020.

Underpinned by strong career prospects and a vibrant, young atmosphere, its no surprise that the working age population has grown 20% in the last 20 years -almost double the UK average. Lets take a look at some of the key locations and hidden gems within the city attracting the most attention from buy-to-let investors and renters alike. 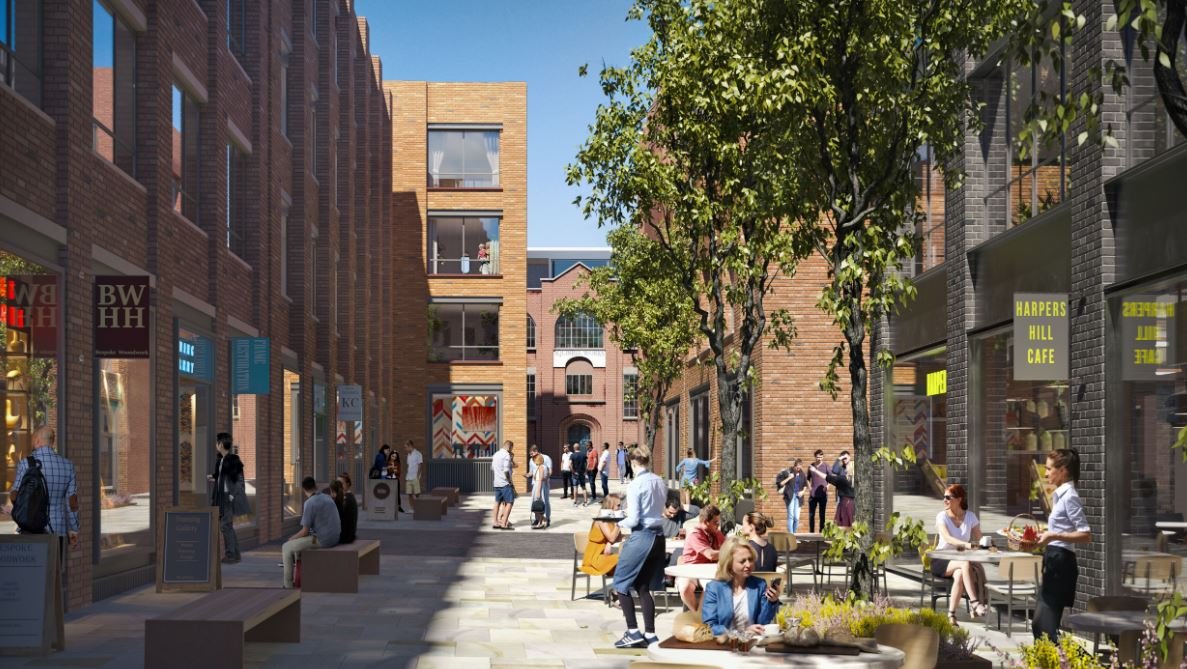 If authenticity and history are your thing, this area is definitely worth a look. Described by English Heritage as ‘a national treasure’, it dates back more than 250 years, when jewellers flocked to the area. These days, 40% of the UK’s jewellery is still made here – so an artisanal feel remains. The area has attracted the arts, media and creative industries, along with a strong cohort of professional service providers, bringing with it a trendy Food & Beverage scene.

St. Paul’s Quarter will receive a GBP125 million upgrade on almost 100,000 sq. ft of commercial, retail and leisure space nestled between the buzzing Jewellery Quarter and the city centre. The restoration plan proposes to create 305 new homes and additional mixed-use space across 20 buildings while delicately maintaining the urban grain and historic charm of this heritage site.

The area is home to Birmingham’s last remaining Georgian square and lovingly restored townhouses. Expect to see established professionals who appreciate the old school charm of beautiful refurbishments, attracted by the eclectic food an beverage scene with an urban village feel.

Take a look at our recently completed development, Bishton Fletcher Building, in the Jewellery Quarter. 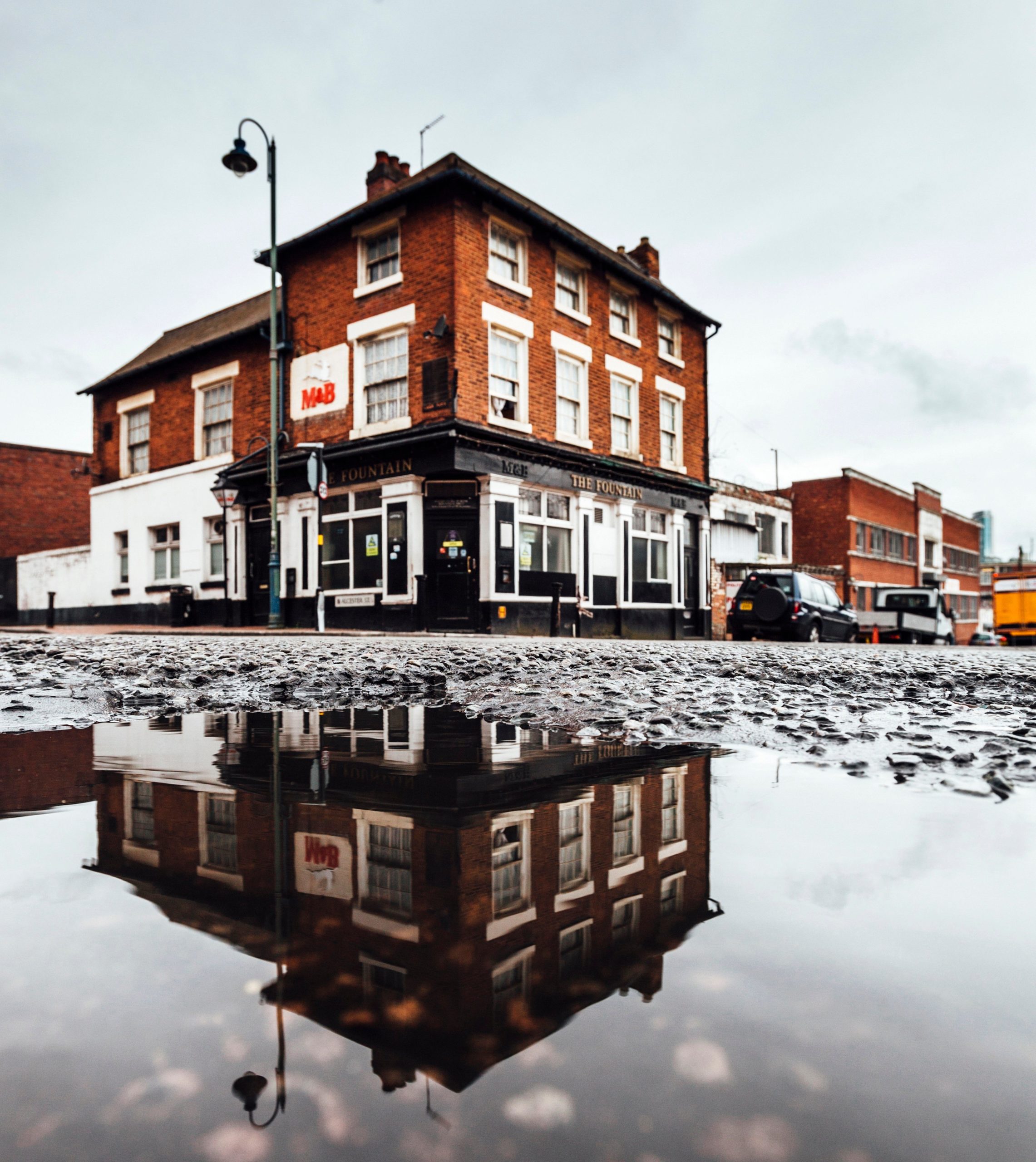 As a city, Birmingham has exciting property investment prospects, especially when looking at the regeneration of the East side.

Characterised by street art and red-brick housing, Digbeth has been likened to the trendy district of Shoreditch in London. Its convenient location is a huge draw for hipsters, creatives, and savvy businessmen alike. Just 10 minutes on foot from the city centre, Digbeth is growing in popularity as transport routes improve.

Its convenient location is a huge draw in for trendy creatives and savvy businessmen alike. Just 10 minutes on foot from the city centre, the area is estimated to explode in popularity as transport routes improve efficiency. 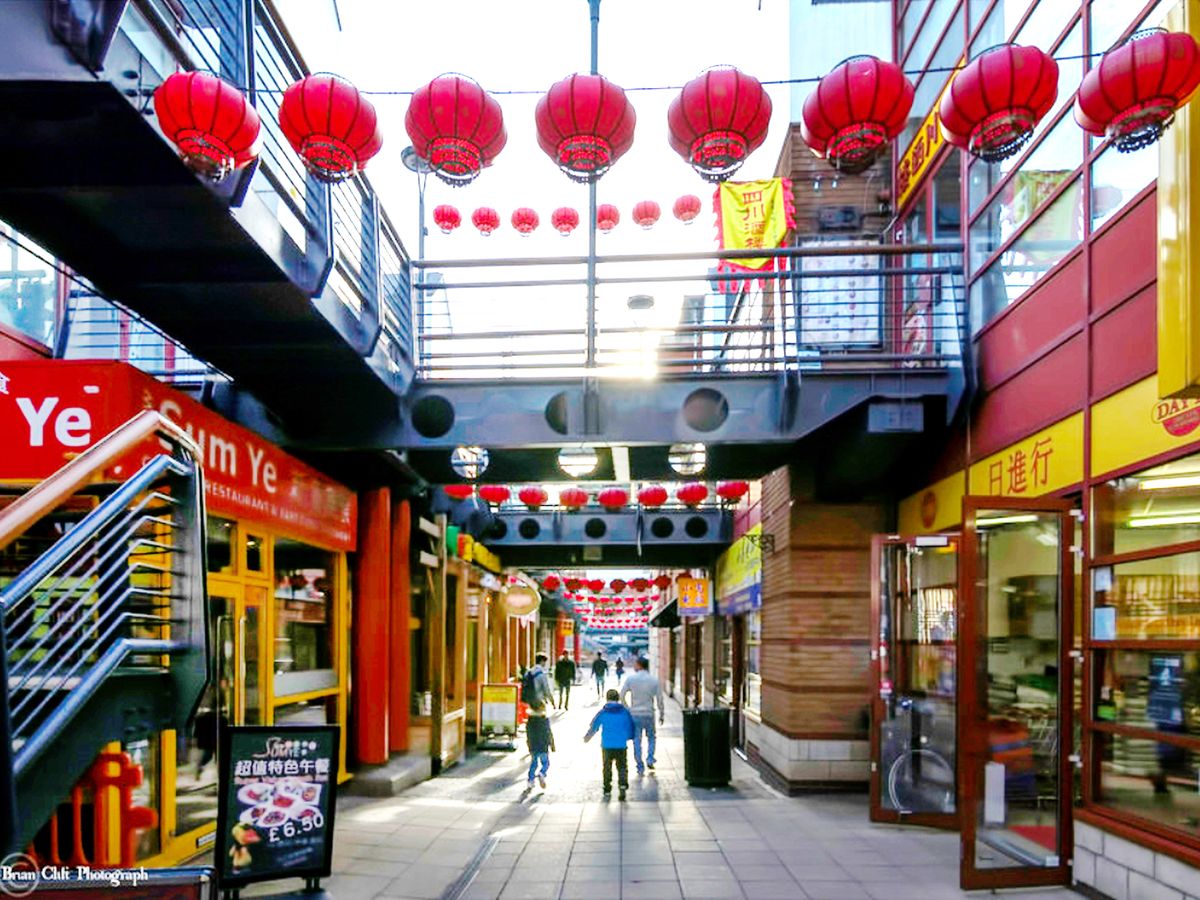 With a landmark pagoda at its heart, this fresh and vibrant quarter is a hive of restaurants, cafes, street food and some of Birmingham’s hippest nightspots. It lies within the city centre’s Southside; an area that has benefitted hugely from rejuvenation over the last few years.

With Birmingham Old Rep Theatre, Royal Ballet, the O2 Academy and Birmingham Hippodrome all within easy reach, it is certainly a key cultural hub.

Chinatown and the wider Southside is in especially high demand with young professionals looking to tap into a vibrant atmosphere.

HS2 is a big deal for Birmingham; not least because it will reduce travel times to London to just 49 minutes and will significantly cut journey times to Edinburgh, Newcastle and Manchester. Eastside’s Curzon Park is set to be the home of the new High Speed Rail terminus. Soon, however, the canal regeneration ‘Eastside Locks’ will command significant attention. The GBP450 million investment aims to create 16,000 new jobs and mixed-use floor space on 13-acres of prime Digbeth real estate.

Curzon Park along with nearby City Park Gate are home to some impressive new mixed use developments, while Birmingham City University has its very own Birmingham Institute of Art & Design in the area.

It is easy to envision Eastside becoming a go-to location for people looking for inter-city connectivity. What’s more, the new GBP11.75 million City Park is the city’s newest urban park, earmarking Eastside as a desirable destination for young families.

Situated to the north of the city centre, this was for many years a centre of the world’s gun-manufacturing industry. These days the guns are gone, but the area remains a focus for small scale engineering and commerce.

The area is just a short walk from both Birmingham City University and Aston University, making this an up-and-coming destination for students. 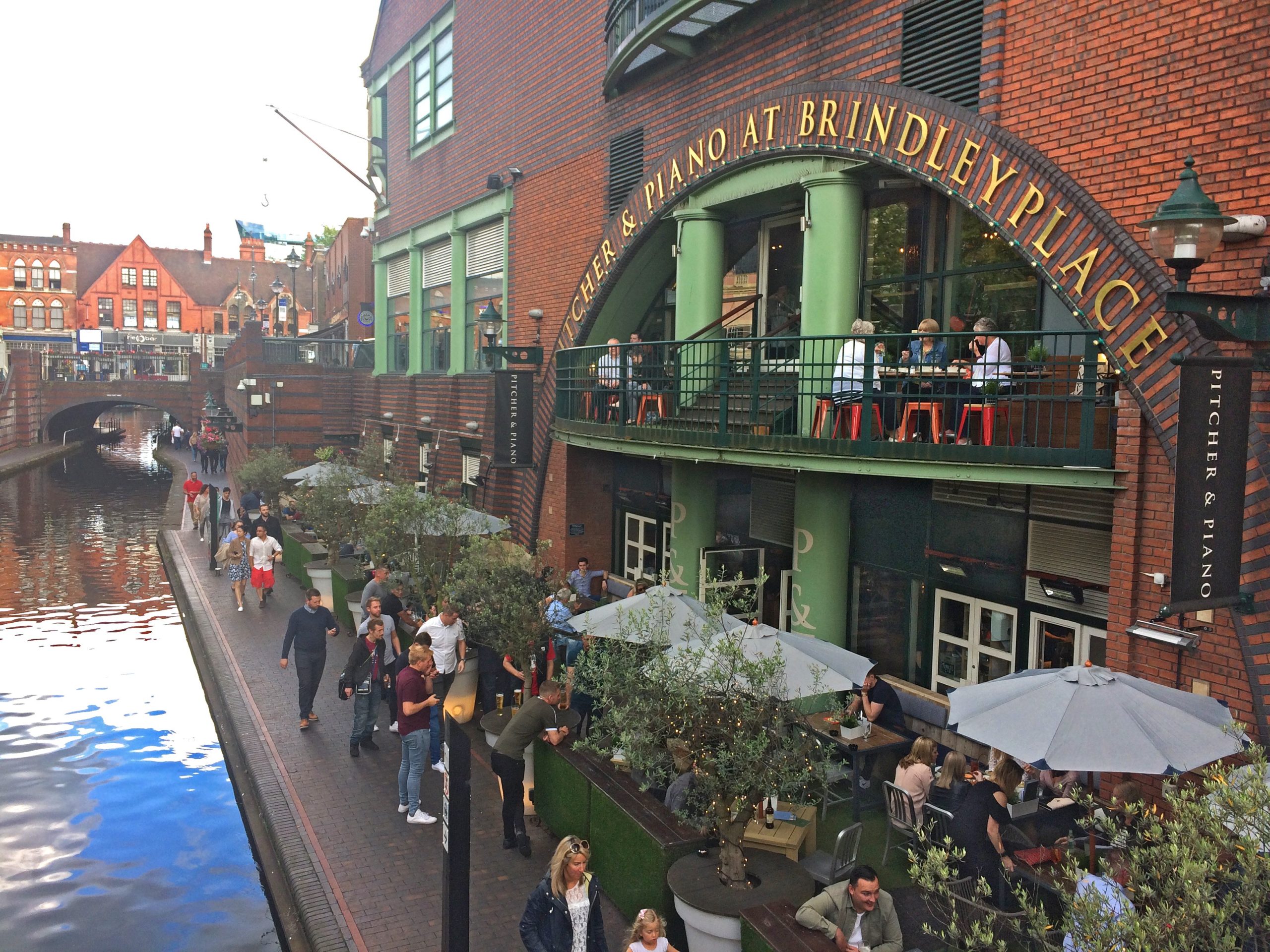 Here, sympathetically restored Victorian commercial premises co-exist with bold new living and working complexes. Paradise Square is a prime example: a planned ten-building development comprising commercial, civic, retail, leisure and hotel space. Already well-established in the area is the prestigious Queen’s College Chambers Building. Dating back to 1828, the original block started life as accommodation for medical students. The magnificent facade it is still there – and behind it are some of the hottest apartments in the city.

Westside’s canalside Brindleyplace is a hotspot for urbanites from across the city. Grab a meal, enjoy comedy or music, make a special trip for the Dragonboat or film festivals: this is what waterside living is all about.

As well as professionals, don’t be surprised to run into Premiership footballers. When one of the prime Queen’s College Chambers penthouses hit the market a couple of years ago, players from Aston Villa and West Brom apparently went head-to-head to get a hold of it.

How does Birmingham stack up against other top cities worldwide? Speak with IP Global today to find the ideal property investment opportunity to match your portfolio.