Waterside West is a collection of 108 contemporary apartments set beside Manchester’s historic Bridgewater Canal. The building completed in 2020 to meet the growing demand for quality accommodation near Manchester’s key employment hubs. With global brands such as Amazon and Deloitte expanding headquarters in the city nearby, the development offers the perfect lifestyle balance for young working professionals looking for comfort and convenience.

A Closer Look At Waterside West

Why invest in Manchester?

The growing population has added further pressure to an undersupplied housing market. It is expected that 5,545 housing units will be completed per year between 2020 and 2031, below the average annual housing requirement of 6,515 units. Taking the previous backlog into account, an undersupply of at least 82,505 housing units is anticipated by 2035. The pressure will continue to fuel house price growth, which is anticipated to reach over 23.5% between 2022 and 2026 while rental growth sees a 15% increase.

There are 3 underlying economic fundamentals that make a strong investment case for residential real estate. A city with an expanding population, a strong GDP and rising salaries as well as a shortage of appropriate housing will naturally put pressure on the housing market, causing prices and rents to rise. Let's take a look at […]
Read Article 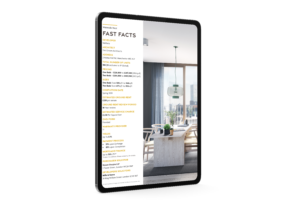