IP Global’s newest launch, Bell Street, is located in the powerhouse of Scotland. The building’s interiors strike an attractive balance between classic elegance and modern design, primed for the growing demand of young, working professionals.

Ideally positioned only 11 minutes away from Glasgow Central Station, Bell Street will benefit from quick access to the new HS2 rail. This high speed rail will connect major UK cities in a much shorter time frame and significantly drive up the regional value.

A Closer Look At Bell Street

Despite uncertainties surrounding Brexit, the estimated nominal GDP in 2018 was £170 billion and has continued to grow throughout 2019 by 0.7%. The first estimate for Q4, released in March 2020, was stronger than the UK as a whole.

Scotland has come a long way in the past decade from an unemployment rate of 8.8% in 2010 to currently holding a rate of 3.5% in 2020, which is below the UK national average.

According to the EY Scotland Attractiveness Survey, Scotland came second only to London in the number of new fDi projects. The top three sectors generating the highest levels of inward investment for Scotland are digital, business services and manufacturing.

A Leading Destination For Economic Output

Learn More About The Glasgow Market

Glasgow is not only an academic and cultural hub in Scotland but also the economic powerhouse of the country. Explore the 8 reasons we’re investing in this buzzing metropolis below: The Economy Is Focused On New High-Growth Industries. The Population Is Growing at An Alarming Rate. House Prices And Rents Are Predicted To Keep Rising. […]
Read Article 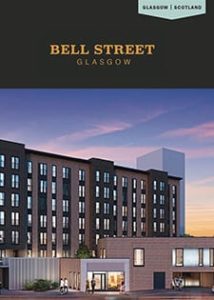